Below is tomorrow’s news release from the publisher about the expanded paperback edition of my book, which is coming out in May. The Previews order code is MAR191929 and it is also available to the book trade.

About a year ago, as the publisher planned a paperback edition, I suggested writing a new epilogue and expanding several other parts. I wanted to do it because so much had happened in the comics business since I finished writing the hardcover.

There are new stores, new homes for some great old stores (including Heroes Aren’t Hard to Find in North Carolina, pictured above), and yet another near-death experience for the industry.

I don’t yet have final art for the paperback cover. It will be similar, but not the same, as the hardcover. Art by Sebastian Biot.

Athens, Ohio—Award-winning journalist Dan Gearino expands on his 2017 book, Comic Shop: The Retail Mavericks Who Gave Us a New Geek Culture, with a revised paperback edition coming in May from Swallow Press, the trade imprint of Ohio University Press.

In a new epilogue, Gearino tells how comics retailers fared in 2017 and 2018, a time when shops struggled to stay afloat at the same time that comics reached new heights as an art form, with landmark works such as My Favorite Thing in Monsters.

“Comics retailers are survivors, somehow making their way in a market that really shouldn’t work, but often does,” said Gearino, a journalist based in Columbus, Ohio. “With an unusual business model, and an eccentric cast of characters, this is a story unlike any other.”

Also new in the paperback edition:

Comic Shop shows how the comic shop business model turned out to be a boon for many cartoonists, helping up-and-coming creators find their audiences, from Wendy and Richard Pini’s ElfQuest in the 1970s to Bryan Lee O’Malley’s Scott Pilgrim in the 2000s.

Gearino alternates between the present-day landscape of the best shops in the United States and Canada, and the origins of the business in the early 1970s.

Comic Shop is based on more than one hundred interviews, including innovative retailers such as Peter Birkemoe at The Beguiling in Toronto, and Diamond Comic Distributors’ founder and owner Steve Geppi.

Also included are profiles of more than 40 notable shops in the United States and Canada, showing the many flavors of an iconoclastic business.

New in this edition, a look at Vault of Midnight, a great store in Ann Arbor, Michigan, and several others that were not in the hardcover.

The new storefront for The Beguiling in Toronto. 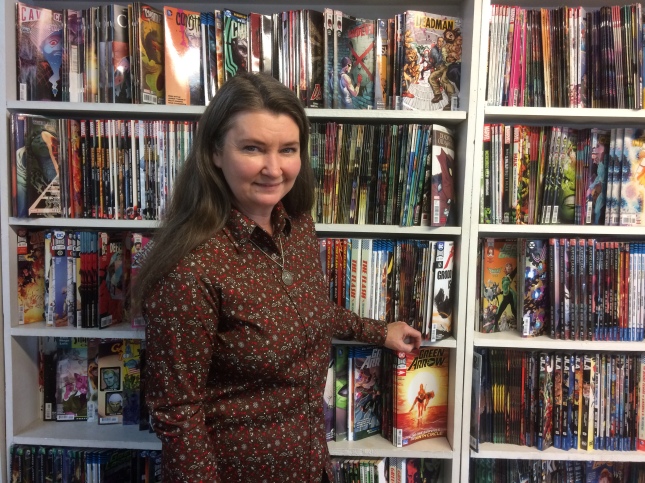 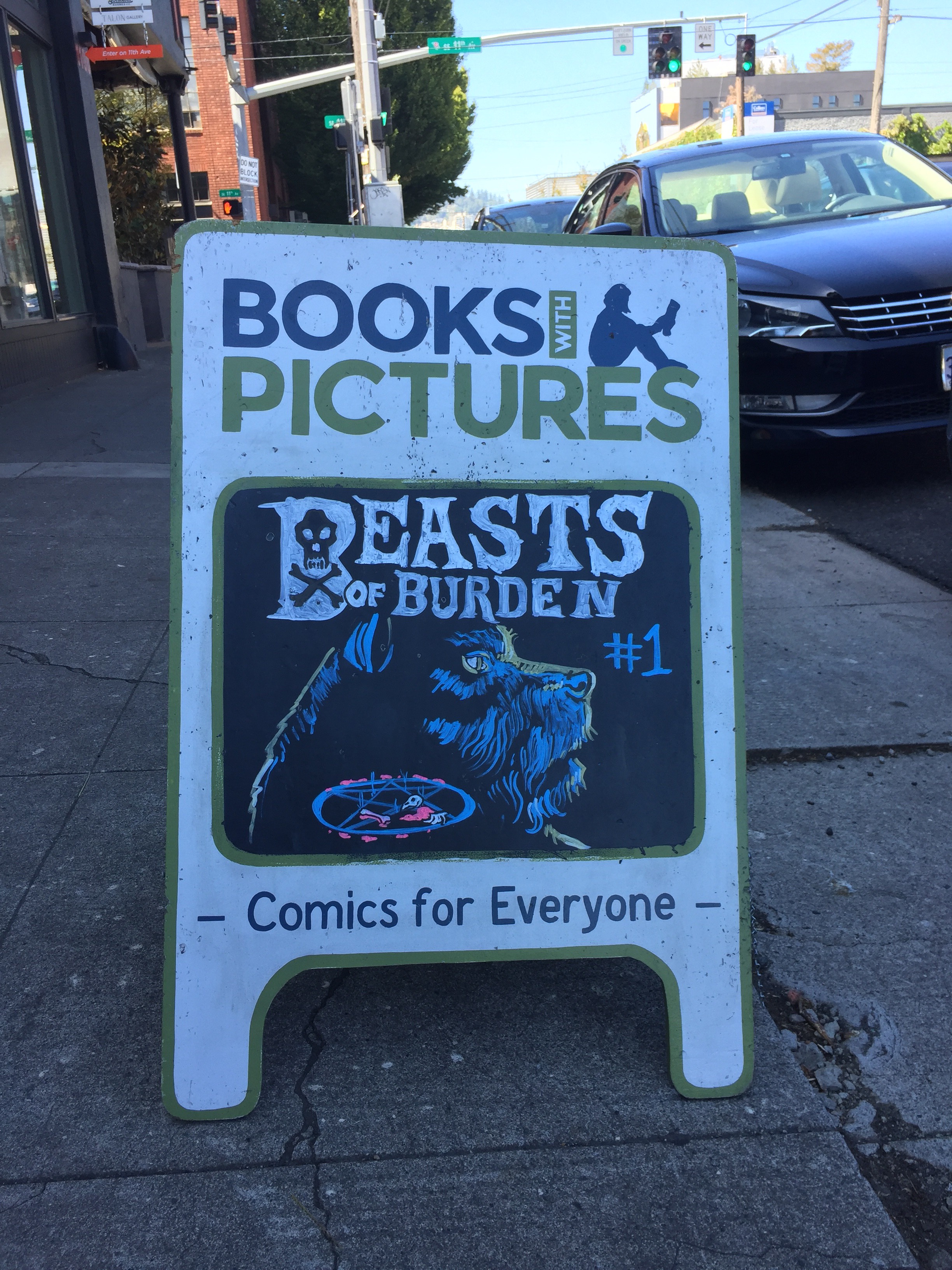 Books With Pictures in Portland, Oregon, has helped to redefine what a comic shop can be. The shop wasn’t yet open when I was on my reporting trip to Portland for the hardcover, but I made sure to include it in the new edition.

Just so we don’t forget that much of the book is about the origins of modern comics retail, here is pioneering retailer Gary Arlington at his store in San Francisco, with Air Pirates Funnies on the shelf behind him. Photo by Clay Geerdes.